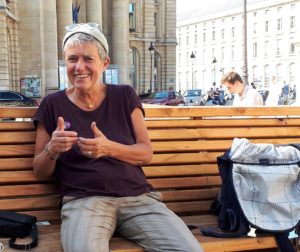 Chris is an expert in urban innovation and more particularly in the strategies and tools to promote gender equality in territories. She has developed an ethno-socio-urban approach that addresses both the causes and effects of discrimination, in particular by questioning normative roles and functions. An approach that is part of a logic of egalitarian, sustainable construction which is as respectful of the people who make it up as it is of the environment within which they interact.

Since 2019, she has been mentoring for AFD (Agence Française de Développement), NIUA (National Institute of Urban Affairs) and the Indian Ministry of Urban Affairs for projects under CITIIS in Chennai and Puducherry. 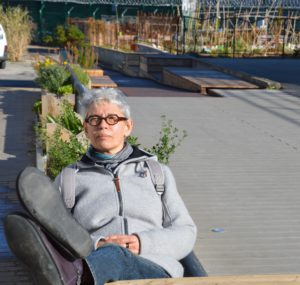 As a specialist in new urban issues and the transformation of urban environments, Pascale combines the practice of urban planning and the design of development projects with the theme of equality and the right to the city for all. She develops tools for empowerment and visibility of discrimination experienced by women through a theoretical approach to inclusiveness and a practical application in the field. By creating guides and guidelines, she addresses the need to acculturate elected officials and planning professionals.

As project manager for Genre et Ville, she positions the Genre et Ville platform as a partner for several architectural and urban planning competitions for the Greater Paris, Toulouse, and the Bordeaux Metropolis. She also supports local authorities and organizations in their method and strategy in designing tools that promote equality, such as in Paris, Lyon, Villiers le Bel, and for the ANRU or the Women’s Foundation.

Pascale is also the author of several specialized articles and has been an activist in the feminist collective La Barbe.

Before co-creating Genre et Ville, Pascale directed her own design and urbanism structure and was involved for several years in the Social and Solidarity Economy alongside precarious women.

Pascale Lapalud has co-managed her agency of urban planning and creation for 15 years.